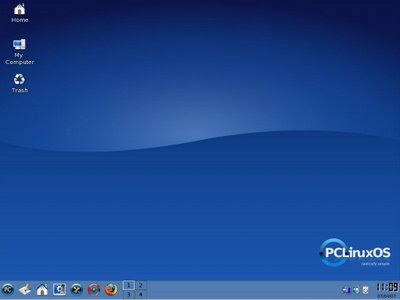 PCLinuxOS 2007.1 will sport 2.6.24 kernel and latest stable packages from the repository. This release will have more drivers for the latest notebooks and desktops. The name "2007.1" does not seem fitting in the year "2008," but it is good as an update to 2007 release, and there will be a totally new 2008 version with much makeover and features.

It is due shortly, but don't ask when exactly. As they say it will be ready when it is ready. For more please read PCLinuxOS 2007.1 thread.

Back to PCLinuxOS - The Home Coming 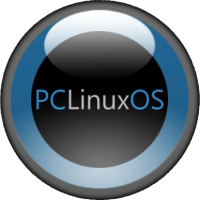 Most of you must have read the story of "Prodigal Son." Actually I also had similar experience. Being a gadget freak I like bringing home latest notebooks and then complaining PCLinuxOS of not working well on that hardware, without realizing the colossal work going into making it rock solid and usable.

Lot of PCLinuxOS users do this only to come back to it after each distro-hopping. There are different kinds of people. Some complain and some find a way for them going to the extremes. Here is my example...

I had that base compaq presario c702 notebook which did not work well on pclinuxos 2007 for some hardware drivers. It started to work after I pulled in all the updates. In my office I had to access internet through wlan and unfortunately my broadcom wlan card did not work. Actually I never noticed it before because I was accessing internet by cable lan.

Time went by. I hopped to mandriva 2008 for a while. Every piece of hardware worked on it after a few tweaking. It is good distro, no doubt about it. But sometimes few problems showed up that never happened with PCLinuxOS. Then I though a while - what to do? I was so much nostalgic about PCLinuxOS that I sold off my latest notebook and brought home an HP notebook having only intel devices - wlan, ethernet, graphics, sound, and everything ensuring it works with PCLinuxOS. Now my notebook is an Audi - great looks, superb performance!

Moral of this True Story

Some people love pclinuxos so much that they can sell off their new hardware that does not work on pclos and get home a new machine confirming its compatibility with that great distro. Cases like this are rare as pclinuxos works fine on most of the hardware...

Plea to All those Distro Hoppers, Gripers and Grumblers