Mepis Plunges into KDE 4 with its 8.5 Alpha Release: Good News for All KDE Fans

Yesterday Warren uploaded SimplyMEPIS 8.4.80, the alpha release of MEPIS 8.5 with KDE 4, commemorating the seventh anniversary of MEPIS Linux. However, Mepis will provide updates to Mepis 8. Warren says, "... a lot of users have asked that we support the KDE 4.3 desktop, yet other users have asked that we continue to support KDE 3.5.10. So in the spirit of our ongoing updates, we are building 8.5, not as a replacement for 8.0, but rather as an alternative for those users who want KDE 4.3. We will continue to support 8.0 with KDE 3.5.10 in parallel with 8.5 and KDE 4.3."

This announcement makes it clear that KDE 4 is finally ready for mass consumption, cos Warren is one among the few distro makers who give maximum priority to stability and usability. Sure, there will be a lot of alphas and betas before Mepis 8.5 goes gold. But then, the wait will be worth it! 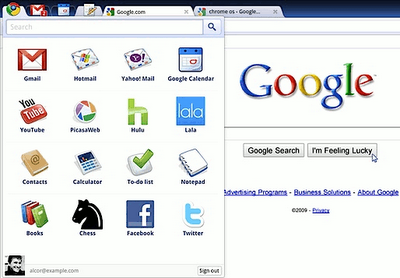 Yesterday Google raised curtains on its yet to come Chrome OS, the new OS based on Linux and the Chrome browser. Though Chrome OS final will reach users approx. after a year google threw some more hints on how it will look and work.

It's going to be Web OS - the entire system will run in the Chrome browser. The browser is the place that will show up your USB drive contents, Google Apps (Gmail, Facebook, Twitter, Hulu, and Google Docs among others). It will use an SSD to speed up the system, the rest everything will live in the cloud. So, it's clear that the Google Chrome OS is for those who primarily use the web.

Being a totally opensource project, it's clear that it can be made (by enthusiasts) to run on regular desktops and laptops. Well, wait and watch, there is still a year to go. For more info visit Google Blog.

Linux Kernel Recompilation: Is it Worth the Pain? 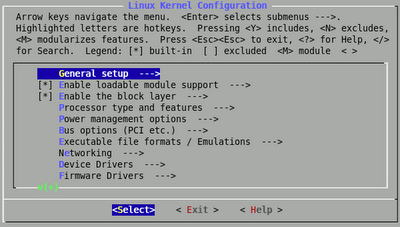 With Linux Kernel 2.6.32 around the corners I see some gurus suggesting users to recompile their own kernels for a dozen of reasons: performance, fast booting, support of some esoteric drivers, bla... bla... What's more, the way some persuade for kernel recompilation seems the job is as easy as any point-n-click installation.

Dear users, kernel recompilation is not easy like that. Plus, you won't get that perceivable performance boost. May be after hours of toil you can cut down 2 secs from your boot time and some unnoticeable system responsiveness.

So, is kernel recompilation all that futile? No! The only benefit lies in enhancing your knowledge. If you are intelligent/keen enough to know the system internals kernel recompilation is a great session. Never mind, if you break you system you can pop up a distro cd and go for clean install, always.
Posted by manmath sahu

RHEL 6: Is Anything Brewing Up? 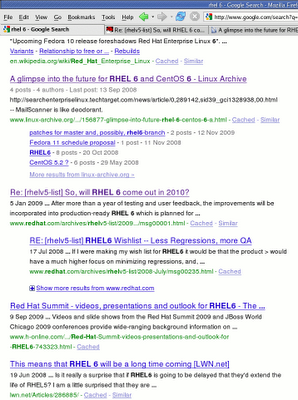 This time it's really late for Red Hat. It's is going to defy its traditional release cycle pushing RHEL6 further back. People are just throwing guesses as to when the next Red Hat, i.e., Red Hat Enterprise Linux Version 6 will come out.

There was a big buzz when Fedora 9 was released, that buzz moved across many Linux blogs and forums when Fedora 10 released. Alas! Now Fedora 12 is about to show up in 2 or 3 days. Still there has been no news of RHEL6's whereabouts - no betas, no feature lists, nothing!

Historically, Red Hat Releases do not seem to follow any schedule. But the releases get delayed over the years as the news releases come in. Let's have a look at the durations between major Red releases.

Add your own guesses on RHEL6's features, put your own release speculations - it seems it will be released when it's ready.

Let me put my first guess: RHEL 6 will be based on Fedora 15, it'll have ext5, xorg 7.9 kernel 2.7.30.. Just joking. Plz post your speculations about RHEL's next big release in this blog based on facts.

Idea Cellular provides the lowest tariff for mobile internet access through its Net Setter devices. And it promises of plug-n-play zero-cd installation of the devices. However, in reality when you plugin the device on Windows it autoinstalls the modem (Huawei EG162G) drivers and a dialer application. Idea doesn't provides support for Linux. But you can still access internet through Net Setter with the following few steps.

1. Make sure you have ppp and wvdial installed. If not, install both these applications.
2. Add the following lines to your /etc/wvdial.conf file.

3. After making the above changes in wvdial.conf plugin Idea Net Setter device, wait for a few seconds, and then run wvdial in a terminal.

Bingo! You are done. You will see wvdial establish a ppp connection in a manner shown below. 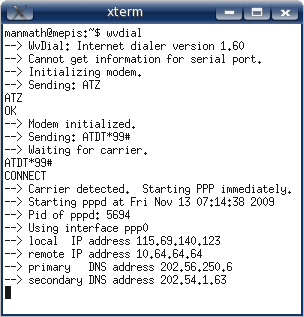 But there is a show-stopping bug with the USB Idea Net Setter Stick Modem (Huawei EG162G). I am unable to boot/reboot/shutdown the system with this modem pluged in. I have to plugin this device after the system is booted and plugout the device before a shutdown/reboot.

I would solicit any suggestions to fix this bug.

Linux is Great But How Does Windows Sit on 90% of Desktops?

Try the latest iterations of major Linux distributions you will know the platform Linux has come a long way. There have been immense development in kernel, desktop integration and opensource application software, all of which together make a Linux operating system that we know. But the big question here is "why do many people still love Windows", why is there such an hue and cry when the latest (and greatest, as they say) Windows 7 hits the stores? And why does Windows sit on more than 90% of desktops? Read on to know my interpretation. No rants or fanboyism!

Linux is not that geeky anymore, thanks to Mepis, PCLinuxOS, Mint and a host of other such desktop distributions! Install the latest PCLinuxOS 2009.2, Mepis 8 or Ubuntu 9.10. Most certainly you won't have any problem installing it. The good part is you will get a complete desktop: an office suite (OpenOffice), an Internet bundle (Firefox, Thunderbird plus an FTP Client, IM client & more), a decent multimedia apps set (Totem, Mplayer, VLC and the likes). So, as a home user you will have very less to look for outside your install disc. And all these are free. Whereas in Windows retail copy installation you have to buy an OS disc, device drivers and other application software. But why there is no such buzz when the latest *buntu reached mirrors? And the market is so up for MS Windows 7?

Simple. The Linux community fails to complement users with those MS comparable software that they have been working on for more than a decade. Take OpenOffice as an example. It's a complete office productivity suite by every aspect. On it you can create stunning presentations, draft elegant letters and resumes, work on spreadsheets. Enough to meet your home use. But it's not a replacement in certain enterprise/professional environments. It behaves like a snail while handling big/complex spreadsheets, macro-ridden large documents, and complex database. Feature-complete, but a poor performer!

Of course, there are some proprietary office suites for Linux such as Softmaker, ElOffice and Ashampoo that look/work like Redmond's. They cost very less compared to MS Office. But they are unknown to the Average Joe.

Likewise, there is no scarcity of apps. There are thousands. However, people are looking for a few solid counterparts of their favorite Windows applications. In this regards Firefox is a real heavy-weight that topples other browsers (IE, Safari....& other) down in all possible ways. Also K3B is very versatile as a CD/DVD burning software. Even it feels and works better than the proprietary NeroLINUX. There is no such case for OpenOffice.