Android is the future desktop 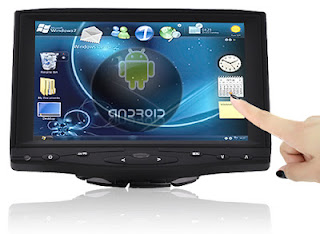 Linux on desktop was a fantasy; it could not gain significant mind-share in last two decades of its existence. And it won't attract any more user attention if the development continues the way it has been so far. Bad integration, fragmentation, in-cohesive development, and the so called freedom to fork (or fu**) warded off ISVs, OEMs and users. Linux as a kernel is great, but the OS build on top of it is a toy thing. X and everything on top of it suck like hell. That bad/breaking approach towards development, design and delivery is not going to change, cos the community doesn't treat it as a tool, or a means to an end; for them, it's a culture, a religion. As a user you need to learn a lot of rules  just to get your daily chore done. It's more so, if you are going to develop something for the linux desktop. General perception now is Linux serves best when it runs headless, i.e., when it's a server.

But I feel, sooner or later, Linux will start dominating the consumer desktops with google power, in a form similar to Android. For quite long I've been following android-x86.org, a community effort to port Android to x86 platform. So far it's been non-yielding. None of the release is feature-complete. However, the good thing is - this project is less fanatic about open-source. I'm sure google will bet on it and make it big by building a consistent development environment wherein the new desktop will consist of highly-integrated subsystems backed by a simple application distribution system. Google will strip as much ugly stuff as possible off the OS, hide the rest from the users, and put a bright layer on top of the customized linux kernel. Of course, the hard, the hobbyist, and the raw fragmented-linux desktop with full of choices will be there for the basement dwellers.
Posted by manmath sahu