Linux Mint Debian Edition (LMDE) is awesome! Based on Debian Testing it is a rolling distro. That means if you are running LMDE you will always have an up-to-date system running, and as the saying and experiences go, Debian testing base is more stable than the so called final/stable releases of most other distros. But if you are a stability freak like me, you can make your Linux Mint Debian stable by pointing the apt sources.lst to squeeze. This ways you won't have to install point updates of applications every now and then. You will always have the most stable and workable system for quite a long period, till squeeze becomes obsolete. Here is how I did it.

1. Download and install Linux Mint Debian Edition now. Why now? Because debian testing (on which the current LMDE is based) is now frozen. Who knows when squeeze will be redeemed stable and LMDE install will start receiving truck loads of updates from next testing base - wheezy . And once you are inside the next testing base it will be really tough to regress the packages to the stable. So it’s better to install LMDE before debian testing package base changes.

2. Edit your /etc/apt/sources.list file to point to "squeeze" instead of "testing" after the installation. Pointing to "lenny" or "stable" at this point of time will not work because apt can't downgrade packages. Click on the image below to have look at my sources.list. All you need to do is to replace all the instances of "testing" with "squeeze".

3. Upgrade your system to sync it with the upcoming Debian stable. Open a terminal and issue the following command as a root user.

4. Now you should be OK with the debian stable version of LMDE. If you are still paranoiac about system stability and sanity (to make LMDE as close to pure Debian Squeeze as possible) you can uninstall as much minty tools and/or replace them with their pure-debian counterparts as possible. But be cautious not to remove some critical packages. Click on the image below to have a look at the minty packages that my system still retains. 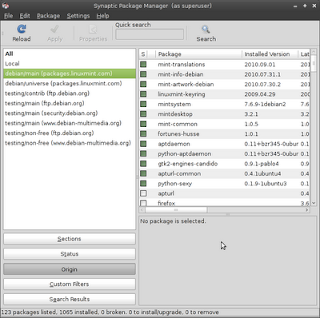 5. Roll out your own kernel. Don't panic, compiling your own kernel is not that difficult on a debian based system. Here is a short guide to do just that. Remember to give a custom version no. to your kernel-image while building the same. I have given a custom "z.1" suiting my fancy. My fresh build kernel package is linux-image-2.6.32_z.1_i386.deb. Custom versioning helps me avoid updating my kernel. Once I've a perfect kernel working I don't want it to update. Why fix a thing if it's not broken! Besides, like you, I as a desktop user, would like to customize my kernel suiting to desktop and my peculiar processor and other devices. Default debian kernel is good but it still leans more towards servers. Compiling your own kernel is necessary if you want to make the best of your desktop. 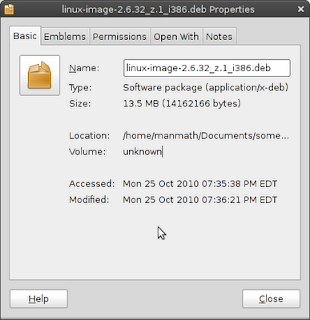 Have a look at my squeezed Linux Mint Debian edition. It's light as a feather - runs with 60MB memory footprint. It's rock solid and hell fast, and it will remain the same till I deliberately break it someday. 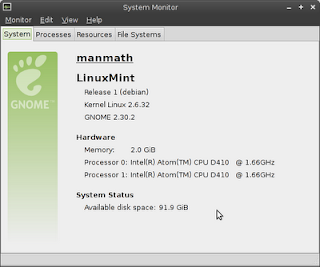 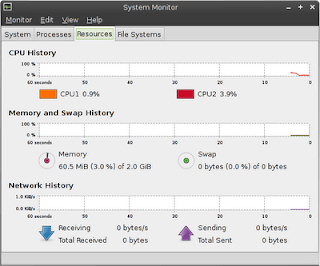 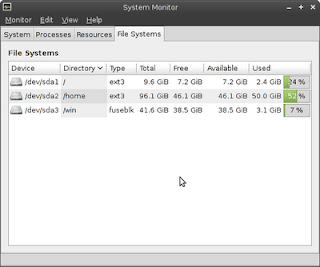 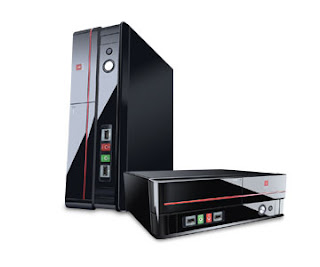 For long I was in the opinion that iBall is a leader/pioneer in IT products. My last encounter with its NetTop 009 (for my Intel D410PT board) proved that false in many ways, most important ones among them are: shoddy product quality and dumb customer support.

Here are the specs:


The company has launched first ever (in India) mini-ITX cabinet specifically for mini-ITX motherboards with integrated atom processors. This tiny cabinet was a godsend for the first generation of Intel essential boards (D945GCLF and D945GCLF2) with Atom Diamondville processors – Atom 230 (uni-core) and Atom 330 (dual-core). The marriage of those Intel essential boards with iBall nettop 009 is blissful because both were noisy. Intel was just making into low-power internet-oriented chips keeping price its major USP. The result was a combo of low on power-n-performance cpu (atom 230 and 330), high on power D945GC chipset and high on noise board fan. Then came this cabinet iBall NetTop 009.

Competition became fierce with VIA's venture with its nano series processors. Intel made head-on innovation on its atom platform. The result was the second generation (Pine View series) of atom processors (D410 and D510) and essential boards (D410PT and D510MU). This time the focus was for a cool-n-quieter experience (fanless and passive cooling support) and less power-usage (NM10 chipset). But iBall still kept on pushing its NetTop 009 cabinet with a noisy rear fan. This cabinet kills the Intel touted experience of quieter performance and low power consumption. Its rear and SMPS fans are enough to kill the show of quietness and power consumption. I doubt the rear fan and SMPS must be generating more power overhead than the board and processor. The company could have come up with a fanless PSU (something like picoPSU) and/or a quieter and better-quality rear fan.

I don't want the Intel D410PT board inside iBall NetTop 009 to do any herculean task. Most probably it will lie on a rack as a headless file server powered by CentOS or Debian. However, in a full AC environment it would have been great if it created no noise. After doing some benchmarks on the board I wanted to make this Cabinet silent and drove to iBall service center at Ashok Bhavan, Nehru Place. But lo! They pretended to be dumb. All of them said that a cabinet can't be quieter. I told that there is a lot of difference in purpose between traditional fully-powered desktops and fanless low-powered nettops. They did not move either. Some at the center frowned to my question regarding a fanless PSU solution; according to them there is no such thing.

Wake up iBall, lest others will move their eye balls away from you.
Posted by manmath sahu