WvDial in combination with PPP is the best dialup internet solution for any Linux Desktop. There are a couple of ppp-frontends such as gnome-ppp and kppp for dialup internet access, but none are as versatile, configurable and intelligent as WvDial. However, the biggest turndown in WvDial is - it asks for root permission (except Mepis, Warren has done wonders to Mepis wherein you just have to enter wvdial, no need to be root at all). Everytime you need to do su or sudo wvdial and enter root password, it's a pain for no perceivable gain. Fortunately, you can get rid of it following a few simple tweaks.

1. Install ppp and wvdial using your distribution's repository. Let the package manager pull-in all the dependencies.
2. Generate/configure valid wvdial.conf file in /etc
For my idea net setter edge-enabled Huawei wireless modem I had to customize my wvdial.conf as mentioned below.

where USERNAME is your userlogin name.

4. Locate pppd (generally it's /usr/sbin/pppd) with root permission run the following commands in a terminal

Now open a terminal and run wvdial as a non-previleged (non-root) user. 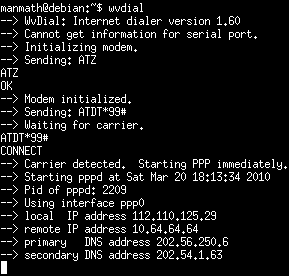 PCLinuxOS 2010 Rocks Even in the Beta Stage 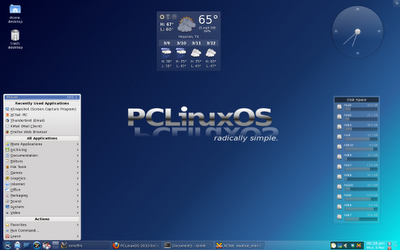 The wait is over! Tex and the Rippers announced PCLinuxOS 2010 on 6th March, 2010. Final iso is very close.

PCLinuxOS-2010.beta1 has gathered all the goodies: latest 2.6.32.8 kernel with BFS scheduler, full ext4 support, KDE 4.4.1 SC and the latest applications. Besides, users having more than 4Gig of RAM can pull in a PAE kernel from the repo.

In many ways pclos 2010 is a big leap/rewrite for faster startup, better hardware detection/configuration and consistent/unified look across KDE/GTK2 themes. 2010 edition carries plymouth bootsplash and speedboot technology. Needless to say, it still bears the tex-stability and -usability, the halmarks of this distro.

I am using the beta for last 3 days and not experienced a bit of problem till now. You can use it too though the official suggestion is to use its final.