Though PCLinuxOS does not have such a vast number of know-how documents on the web, PCLinuxOS Magazine tries to address some of the common issues related to the usage of desktop Linux. Month by month it brings out some really nice documents. Here in this posting I just want to highlight some outstanding topics choosing from all the issues.

Links to some Interesting PCLinuxOS topis

What keeps some PCLinuxOS users from deleting Windows? 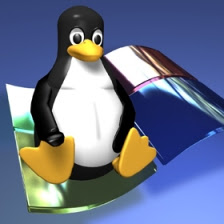 I was browsing and responding to my threads (on X3100 graphic driver for GMA965 graphics adapter) posted on PCLinuxOS and Granular almost full time for some 15 days. There I came across a thread in the PCLinuxOS forum, “What's keeping you from deleting Windows?” by PiEp.

By the time of posting this blog, this thread was spread across 19 pages and growing. I found this one really very interesting as it posed some practical clues to improve desktop Linux. The forum members (suppose them as regular PCLinuxOS users) give a diverse reasons why they can’t delete Windows from their Desktop/Laptop and make devote totally to PCLinuxOS(or any Linux). Some major reasons were:

1. Lack of industry standard software
2. Lack of support to a variety of devices
3. Lack of good games
4. Some professional and personal constraints

Definitely, there is lack of some industry standard software that run on Linux. This a real hurdle in desktop deployment of Linux in home as well as in office. Pathetically, software makers have no problem in porting their software to Linux, but they don’t do it because porting to multiple types of distributions would cost them more than they can make profit. Hence, this problem is supposed to be there until some great free software comes in. Here is the list of software for which many Linux users still run Windows on their Linux machines.

Let me explain it. I have been using Linux for quite a long time and PCLinuxOs at least for last three years. But still sometimes I need Windows for some industry standard software like Adobe Premiere, FinalCut Pro, AutoCAD, PhotoShop, etc. No doubt, there are Kino, Gimp and other Linux wannabes, but they just are not as polished or as productive as their Windows counterparts.

The next major reason for not deleting Windows from their PCLinuxOS Machines (Note: I call their machines as PCLinuxOS machines, because they do their regular chore mostly on PCLinuxOS, and rarely boot Windows for some specific works) is somewhat personal and somewhat professional. Someone has to make his/her PC dual boot with Windows and Linux, since the spouse and kids love those wonderful windows games. Whereas someone keeps Windows to do some official work at home, and Linux applications are not 100% compatible with the company’s Windows standards.

A very few members told they have not deleted Windows because they have already purchased Windows Copies. And they don’t want their money go waste of non-use. While a few shaky beginners to PCLinuxOS have kept Windows as their second boot OS, as the last resort if something goes wrong with their Linux.

A good many members told that they have to live with Windows as their second OS owing to some gadgets and latest pc/laptop devices and software. They need windows to sync their devices and/or run those device drivers. Here is list of those gadgets and devices:


More on this topic next time…..

Till then have fun!
Posted by manmath sahu

Some people really can't delete XP from their system, due to professional or personal reasons. But they would like to access windows stuff from the safety of linux. To get the read/write work perfectly on pclinuxos you need to install ntfs-3g, libntfs, fuse and libfuse.

I am sure many pclinuxos 2007 user have also faced the similar problem. Here is the fix.

Add the line mentioned below to /etc/rc.d/init.d/fuse at the beginning of the stop) section:

fusermount -u /mnt/xyz (where xyz is your fuse mount point)

PCLinuxOS 2007 has no problem configuring 915GM graphic cards on desktops. But when it comes to laptops, it does configure but with incorrect resolution. Many widescreen laptop users see 1024x768 resolutions stretched in a 1280x800 monitor. Hence, the display is scrunched.

You can install 915resolution to fix this problem.

Use the exact mode as per the screen resolution.

Remember, this trick holds good only for Intel 915 graphic cards and some older cards. This fix did not work for my GMA965 graphics card. To get the standard resolution of the latest Intel GMA965 graphic cards, you have update the kernel and xorg. Then you might also need to change the xorg parameters manually.

Else wait till the next pclinuxos comes. It will have the best from the West - drivers, software, kde4 and almost everything...

3. Install software that's not in the repository

The simplest way to install any package is to download its source from sourceforge http://sourceforge.net/softwaremap/ and compile & install.

Well, if you have downloaded some rpm backports or non-pclinuxos rpms, there is a way to install them, though it might not work always.

If it ask to resolve some dependencies, you have to manually do it. Else, if you are sure that those dependencies don't matter much, you can ignore them.

Granular Funworks offers the best of Work and Fun

As you have noticed, for the last 6 months, PCLinuxOS is rising high on popularity for all its properties. I have been using it since its .92 release. Each time it has stunned me with pure brilliance of desktop computing.

Alongwith the official PCLinuxOS, there are several respins available. I have tried them all, except SAM Linux, the XFce respin of PCLinuxOS. There is the small TinyME for purists who would love to add packages suiting their needs, there is PCLinuxOS Gnome Remaster at Linuxgator.org, and there was Junior, Big Daddy, never to forget MiniMe. Only 5 days back I tried another Jumbo OS - Granular Funworks 90. It sounded patriarch to all the desktop linux around - the Jumbo desktop, full with every desktop user's computing requirements + a heavy dose of fun.

Granular Funworks stands out in many ways, though deep inside the core is PCLinuxOS. The good thing is that it has proliferated to a jumbo for all the good reasons. Let me count the ways. Its canon of applications outweigh any popular desktop linux - it has got two office suites (koffice and openoffice), gimp and inkscape, a whole lot of IMs, browsing and networking tools, text to speech utilities, four desktops (KDE, XFce, Looking Glass and Enlightenment). For better multimedia experience it has the best of linux world - vlc, xmms, mplayer, amarok, kaffeine. Please visit http://www.granularproject.org/teamblog/ to know more.

What I liked in it the most:

1. When Funworks liveDVD booted the most pleasant experience I saw is its default KDE desktop. A unique but nice idea to put the desktop panel at the top.
2. The three more desktop environments first did not seem interesting to me. But then while the turn came to install it on my friend's PIII desktop, I thanked the Granular developer for including XFce. My friends system could run XFce optimally, but KDE responsiveness was not good. It is very good to include light desktops like XFce because still many people in this part
of the world use low-end desktops and laptops. Though they can never get the eye-candy of KDE, they can surely have a better computing experience on XFce.
3. Liked the inclusion of Wordnet, Unrar and Ntfs-3g. I can't say for other, but I love to see rar and unrar packages in my Linux desktop and Granular has them by default. I am not in the habit of using zip, tar or bz2 utility, I love rar. And I am sure many love rar than zip, tgz or bz2. Granular has it all.

What I added to it on my home laptop

I added libdvdcss, vobcopy, antiword, nrg2iso, xvidcap and w32codecs. I would like Granular team to include these packages + the latest intel drivers in their next release.

I wished it had the latest kernel and drivers. Because I could not configure my Intel GMA 960/965 Express Graphic card. Hope the next release will fix my issue.

Anybody looking for the best set of applications for home as well as office productivity should use Granular Funworks. There is no second say.

You will never find a better linux desktop around.