How to Play Real Media Files on Mplayer - Mepis 8 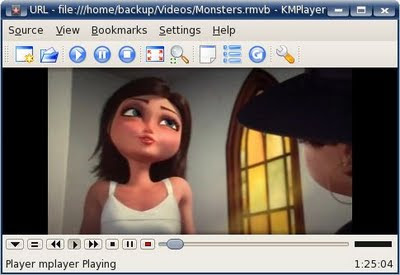 I have never been a fan of Real Player, but it was there in my every installation of Windows or Linux. Reason? Some of my old audio and video collections.

Before MP3 and XviD stuff became the mainstay of Web and standalone Players, there was Real Media. I still have have some ra, rm audio, and rm, rmvb video that I can't find in any other format. Nor can I convert them to today's popular formats, because they are already very much compressed and lossy.

Well, I used to play them in the Linux port of RealPlayer. But the latest debian package of RealPlayer couldn't play it on one of my beloved Mepis 8 installation. Don't know why. They somebody told me that you can play them on Mplayer (one of very popular native media players on linux) with alsa-oss and w32codecs. And Lo, it worked.

So, those of you who would like to play Real Media files, need not have to install RealPlayer, you can play them quite well on Mplayer (KMPlayer, SMPlayer & GMPlayer) with alsa-oss and w32codecs installed. Of Course, you can't stream audio and video from Real Networks.

It works for me on Mepis 8. Hope, it will work on your Linux Flavor too. 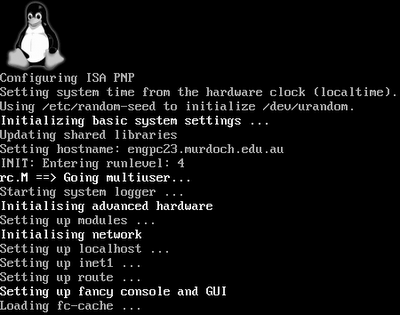 If you have been using Linux for a decade, you must have come across many news stories/blogs/forums/release notes stating "the latest kernel version promising some performance enhancements".

I have read news of performance improvement at every new kernel release - starting from kernel 2.2 to this date (kernel 2.6.31). These days some blog posts state that the latest 2.6.31 kernel will improve desktop performance greatly (40%). But I have never really experienced performance improvement with new kernels. For example, the boringly stable Centos 4 with 2.6.8 kernel is way too fast on my aging PIV HP system than the later Fedora or PCLOS, or anything. Besides, on my cheap Compaq C702 Notebook PCLinuxOS 2008 (MiniMe) with Kernel 2.6.22 is faster than PCLinuxOS 2009.2 with Kernel 2.6.26. There are hundreds of such examples.

So, drawing from 8 years of my Linux computing, I have seen the skinny Linux growing fatter and fatter, keeping in pace with the upcoming devices and demands. Sorry, if I am too dumb, but I always try a lower version of kernel if it supports my hardware, and I have seen it works better.

For me, it really pays a lot if you install a kernel that’s contemporary of your hardware. Any big time difference forward or backward affects performance, very often, badly.

After installing Mepis 8 I've tampered it every possible way. Did every possible work. And I bet say, it performs consistently on the everyday rigors of computing. No problems. It brims with all the commercial polish and user-centric approach. Yet, it's a free to download.

If you want a pain-free and stable KDE 3.5 desktop for everyday task, go for Mepis 8.0.10. It's rock solid as Linux and it understands users better than Microsoft.

Microsoft has come to fame making computing no-brainer for everyone at home and office. For example, its office suite (earlier than Office 2007) is so contextual and easy that it's ported to Mac. And many people prefer it to iWorks.

Its biggest opensource counterpart, Openoffice.org has come a long way, and its 3.1 iteration is a big leap forward. However, it still has some big annoyances. Sometimes OO.o people consider users too dumb. Here is one such instance related to OpenOffice Calc.

For last one week I had to edit many official spreadsheets. It involved deleted several cells, rows and columns across various sheets. Every time I selected certain cells/rows/columns and pressed delete button, OpenOffice Calc popped up a dialog box (see the screenshot below). 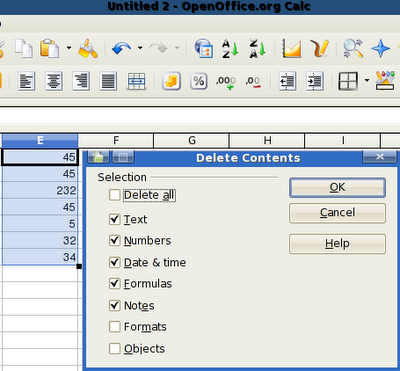 It's good to provide cautionary dialog boxes for some important tasks. But it's definitely an annoyance to every time interfere with the user in such mundane tasks as deleting a cell. Because, even if a user deletes certain cells, rows or columns, he/she can always Undo it.

I was really scared with this behavior of oocalc and looked for alternatives to Delete. Fortunately, OpenOffice has not binded this annoying dialog box with Backspare key. So all of you who use openoffice calc and are scared of this delete dialog box can use Backspare instead of Delete to clear contents of a spreadsheets. And don't panic, there is always the venerable Undo button in case you wrongly deleted something.

It feels good to see KDE 4.3 mature. Again it feels good to see some of the major but conservative Linux distributions turning up to KDE 4. PCLinuxOS has set a complete KDE 4.3 repository ready for those interested in this new and much-hyped desktop environment. Slackware 13 is loaded with KDE 4.2. However, it feels very bad that KDE4 doesn't deliver the stuff hyped much earlier. Read on to know what I exactly mean by "hyped stuff" but don't start kde4-fanboyism.

The worst hype about KDE4 is that it's more responsive than KDE3. It's a complete false statement. I have tried OpenSuse, PCLinuxOS, Mepis, and sadly, Fedora, on top of KDE4 and 3. Sorry friends, I could not see any major difference in performance. On the contrary I have seen lack of performance while using KDE4. "KDE4 uses around 40% less resource than KDE3" is another biggest hype that moved across various OSS forums. It's again a false statement. True, KDE4 manages memory more intelligently, but not 40% less.

Good news is that Linux Kernel 2.6.31 has much possibility in terms of desktop performance improvement. And it seems, KDE 4 will stood up to its hype when it couples with this nice kernel. Till then I am sticking to KDE 3.5.10 on PCLinuxOS MiniMe.