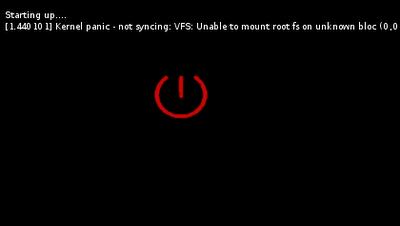 After much discussion my CEO agreed to deploy Linux in our Content and SEO Departments (Our is a Search Engine Optimization Farm in India). Next, the issue on the table was which distribution to deploy. As usual, I put forth PCLinuxOS 2009 TR3. Many frowned at it - "It's just a test release!" I told them though in testing its remarkably stable than the final releases of leading distros such as Fedora, Ubuntu and OpenSuse.

No, nothing to go. My teamlead jumped right in the middle pushing Ubuntu Gutsy. According to her, it's the most popular desktop and its forum is great. Our system admin, popped up the free Ubuntu disks in three of the desktops. There was not a glitch in installing. 15 minutes flat and the desktops are saffron - beautiful and quite responsive. But Ubuntu was sacked out after a short while as some of our team players had some annoyances reading docx files from server and listening some old MP3s (not musics, but some of our recordings - discussions and briefings with clients). Then a few others had problems with streaming multimedia on browsers. The poor system admin is noob windows guy. He could not help.

Next, came Linux Mint Felicia to the centerstage. It installed well, configured well (including wi-fi), ran well - for almost a week.

On a fine morning Mint popped up some package update notification and many of us okeyed to install the updated packages. After update, the team worked till night. Next morning 10 out of 12 systems did not boot up. Then it was doomsday!

The booting stopped in the very beginning with a kernal panic message:

I probed a system with the mint liveCD and knew that the instability was caused by updating the kernel.

Tried to solve the problem with that good old chroot technique, i.e.,

Then I resorted to grub-install methods. It did not help either.

Finally, we called in a Linux Administrator who is going to setup the office with Fedora 10. Is Fedora 10 a good choice? May be. But, at least there are some RedHat Administrators around to troubleshoot.

So please, be careful while updating packages when it is going to update the kernel alongwith. Kernel Panic due to package update is really a mess.

Were you using the MintUpdate tool that ships with Mint or the Ubuntu updater?

Because MintUpdate is configured by default to ignore updates of core software from Ubuntu that may seriously break your system -- kernel, Xorg, etc.

It sounds like you're looking for stability, right? Well, the most rock-solid distro out there is good ol' Debian (http://www.debian.org/). Give it a go, you will like it!

You seem to be looking for stability. Try rock solid Debian (http://www.debian.org/), you will most certainly like it!

Sack your sysadmin and employ me. on a serious note.. Linux or ubuntu/mint. is no magic OS.. it takes research and configuration setup for an enterprise environmnet.. but the good thing is once that setup is done. it would not only just work. it would rock. i should know because i work in a place where we use 100% linux on our desktops and laptops. i took a vanilla ubuntu and customized to fit our needs. at first the staffs were relunctant but now they bring their personal laptop to me for linux to be installed... its always a good thing to do some proper home work before you make try out linux.

I'm the manager for aprox. 150 Linux desktops for the last 5 years in my company.

At the beginning I deployed Mandrake but for the last 2 years we're using Debian and now our flavour mix is Debian Lenny with KDE.

P.S. A help tool to consider: kiosktool is not perfect but you can easyly custom it config text files.

Use a distribution that is enterprise-ready, yet free - openSUSE or Mandriva. Well, use openSUSE.

"Were you using the MintUpdate tool that ships with Mint or the Ubuntu updater?"

"Well, the most rock-solid distro out there is good ol' Debian"

We will try it.

Huh?
I use Felicia for a month now, and it's still working properly. Never had problem with 'Kernel Panic'.

So you attempted to migrate to Linux with a Windows-nooby System Administrator and you're surprised it didn't last?

I may not be a System Admin but I know that the conversion from Windows to Linux is not walk in the park.

One of the reasons why companies use Red Hat, SLED/SLES or Ubuntu is stability and *support*!

These three have a company to call on when necessary as well as there being some access to a knowledgeable consultant.

MP3? Look up and install Fluendo (it's free) for legal playback.

Video? What format is it in, and look at Fluendo again for pay-for multimedia codecs (they aren't too expensive).

If you want the Red Hat but don't want to pay and feel you can figure things out in a reasonable amount of time, then look to CentOS, which is a Red Hat clone with as much support as Fedora (none paid, community available, knowledgeable people abound).

Debian and Ubuntu are good choices and the issues you mentioned sounds like not thinking through what the users needs are.

SLED/SLES are good and openSUSE is a good alternative. With Yast for managing systems and it's Microsoft-compatibility-orientation your Windows SA may find this knowledge more compatible.

Ultimately the best system is the one that the system admin can work with the best, whether Windows, Mac, Linux, Solaris or DOS!

Thank you all for your comments. We are moving to CentOS really soon.

My god! Even when installing linux consider what people need to do. Flash, java-runtime, audio/video codecs. These aren't hard to get in any distro. At the moment OOo is not very good at reading docx files anyway, everyone should be saving as .doc anyhow.

Pclinuxos would have been great for everybody too, it's rolling release. Ubuntu comes out every 6 months. Go with pclos for them.