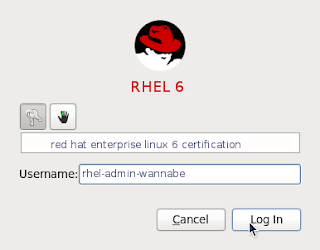 Red Hat Hat has already rolled out two betas of its next major enterprise linux - RHEL6. It's been very late - almost twice the time (18-28 months) mentioned in RHEL 5 product document. It will still take considerably time pushing the release date to the end of 2010 or the beginning of 2011. Because rolling out a release is not the only thing, the big "E" in RHEL demands for certification, and Red Hat is pursuing certification for its next major Linux OS and virtualization.

Red Hat is paving the way for government agencies and enterprises to use its new technology to create secure, virtualized IT environments (KVM) and private clouds. The company is also into an agreement with Atsec information security to certify Red Hat Enterprise Linux 6 under Common Criteria at Evaluation Assurance Level 4. The certification covers the KVM hypervisor that enables an OS to run virtually without the need for a physical server, reducing the number of energy resources a data center requires. It also takes SELinux along with virtulization to ensure virtual resources run in separate containers.

Red Hat already has achieved Common Criteria certification 13 different times on four different Linux platforms. Alongside acquiring those certifications, Red Hat has also a lot to do in relation to RHEL 6 training, deployment and hardware compliance with many vendors and partners.
Posted by manmath sahu