Linux Experience - Pains of OpenSource or Price for Going Free? 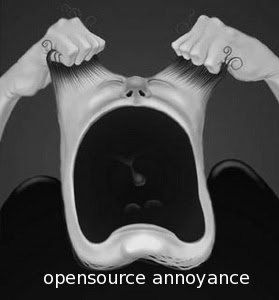 In the earlier posts it is mentioned in details on how we planned to move to Linux, how we hopped across different Linux distros and finally settled on PCLinuxOS 2009.1. Overall we are having much secure, free and better computing experience with PCLinuxOS. But there are still a few glitches that turn it down on our Search Engine Optimization in India.

The first and perhaps the most annoying difficulty we are facing is interoperability with Microsoft Office generated files. PCLinuxOS 2009.1 ships with OpenOffice 3, needless to say we can read/write Microsoft Office documents from Office 97 to 2003, and can only read 2007. But the problem with OpenOffice lies in the way it renders Microsoft Documents. Sometimes the rendering of document is so poor that the reading is meaningless. We have to review and update hundreds of Microsoft Documents that contain a fair amount of tables, graphics and other artworks. OpenOffice jumbles up the display of these documents. After having this experience we tried GO-OO and OxygenOffice. Both these OpenOffice clones seemed little enhanced performance- and feature-wise. But again the proper document display has still been a problem. Seems it still lacks the polish, features and usability that alternatives such as MS Office and Apples iWorks have. OOCalc fells flat when it comes to working on complicated excel sheets calculating financials. Sometime it can't read the tsv files at all.

Next comes the issue of System Performance. PCLinuxOS 2009 seems very responsive on the machines with more than 1GB RAM and P4 or above processors. But its performance is not that good on machines with 512MB RAM. Of Course, we had worse experience with Mint and Fedora on these machines. The worst part is that the system becomes sluggish like a turtle even with a couple of heavy spreadsheets open.

A minor annoyance also lies in realtime editing on ftp. Earlier we used cuteftp. On it we used to open files from clients website, do the editing realtime, and upload. But on linux we are missing some of its comforts. We have to save those files first on local drive, then edit and upload. Filezilla on linux also has the feature of realtime editing. And it asks for a text editor while editing realtime. But the problem appears after you leave Filezilla. For example, if you make kwrite your default editor for editing HTML files realtime on Filezilla, you will experience konqueror crashing while you browse your computer. Because Linux tries to open the local drives and directories on kwrite.

Another problem is related to password security. Previously we were using roboform in Windows. We searched for applications comparable to it on Linux. We could not find one as easy and effective.

The last noteworthy annoyance is about CPU scorching. Sometimes we need to download files from client's website. We have been using downthemall (firefox extension) for this purpose. But strangely while downloading a large number of files with downthemall the CPU usage rises above 90%, fan moves frantically, and the desk becomes noise. This was a not a problem with Windows. Would anybody find a fix for it?

None of these problems are specific to PCLinuxOS. They are even worse in other distributions. There are so many other problems besides the ones mentioned in this post.

I used to do ftp editing like this: open Konqueror, split the view into 2 panes with one of the Window->Split View menu options. In one pane navigate to your local files (e.g. type /home/myuser/ or wherever they are). In the other navigate to your ftp site (e.g. something like ftp://ftp.myftpsite.com). You'll be prompted for your username/pwd and then you should be able to "Open With" the remote files with an editor. When you click Save they'll be uploaded. You can configure this View Profile in Konqueror with a related name so you can get it back with one click later.

Another way you might want to look into is using LUFS (Linux Userland File System) to "mount" an FTP site as if it is a local filesystem which you can then use just like a local disk/folder. This is more complicated though.

Of course, there may be newer/better ways since I did the above ;-)

Even I followed the similare steps what BA has mentioned. And it worked for me always.