Computing on Gnome Desktop was never so easy before PCLinuxOS 2009.1 Gnome 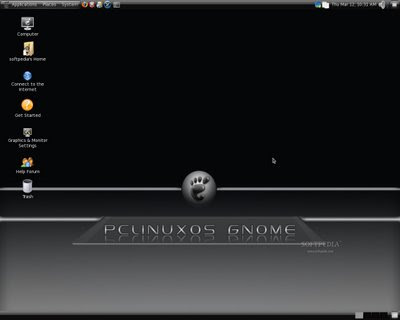 I am a KDE guy. I have loved KDE for its superior usability and availability of good KDE apps. I like Mandriva, PCLinuxOS and Mepis for many reasons, an important of them being they implement KDE better than any other distro. However, PCLinuxOS 2009.1 Gnome made me think seriously over Gnome. I must recommend every Gnome enthusiast to try it.

It's beautiful Gnome Distro optimized to give you maximum performance. It comes with a good selection of multimedia apps, especially VLC, Mobile Media Converter and Kino. It dwarfs default Fedora Gnome desktop with its good selection of packages and stability.

PCLinuxOS 2009.1 Gnome is the only Gnome Desktop that has such handy system tools such as PCLinuxOS Control Center. In addition to these, it seems me to be a pure Gnome Desktop, i.e., it does not have much stuff such as libraries and stuff of other desktop environments like KDE, Xfce. With the main KDE PCLinuxOS you have got some gnome stuff alongwith a customized and fine-tuned KDE desktop, but this gnome remaster has a somewhat pure gnome appeal.