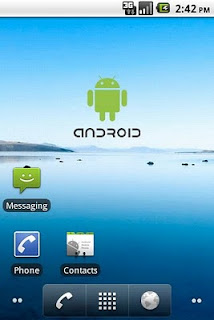 I think of all the times those Microsoft guys and girls smirk at the fact that Windoze owns the desktop world...Now it's a "who cares...?" type situation. You may own the desktop, but we are in your pocket! People in the Linux community are starting to come to the realization that the Linux OS owns the cell phone world. I work in Customer Care for a major player in the Open Handset Alliance and people call me everyday buying and upgrading to the 'Droid OS. They don't realize or care what it is, they just want a cell phone they can e-mail, chat, browse the web and stay in touch with family and friends... Sound familiar? So a FINAL message to all you windows guys out there: You may have won the desktop race but the rest of the world is ours!!!

Greg,
Thanks for dropping by and posting such a nice comment! Rightly said, computing is limited to desktops anymore, it's time for mobile gadgets. And Windows is a second player here.